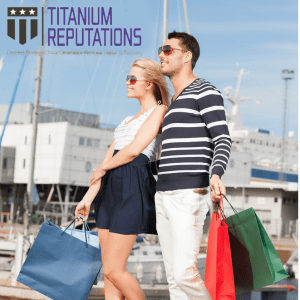 A major retailer affiliated with a tourism-industry client was targeted by someone, somewhere, with false claims about its product line.

Who was it?  The domain was “private registered”.  Only a subpoena revealed the registrant.  But there was nobody searchable online with that name.  Either the domain registrar entered a typo or they illegally allowed a domain to be registered without proper identification.

From where were they attacking?

Titanium Reputation’s team of investigative experts found the attacker in a foreign country, the address of its office, and discovered that it sought to destroy the retailer’s reputation so that it could sell its own products as consumers fled the defamed product.

Once the retailer knew who the attacker was and what their goal was, it was possible to develop a comprehensive strategy to address the attacker and to build a far stronger online reputation management plan so that future attacks would be fewer and far less effective.

Titanium Reputations is unique in Online Reputation Management services in that it has staff with published academic expertise in personal name search algorithms.

We have been experts in computer search algorithms for 30 years, more than a decade before anyone knew about Google.

While located in Los Angeles, California, our client base is international.